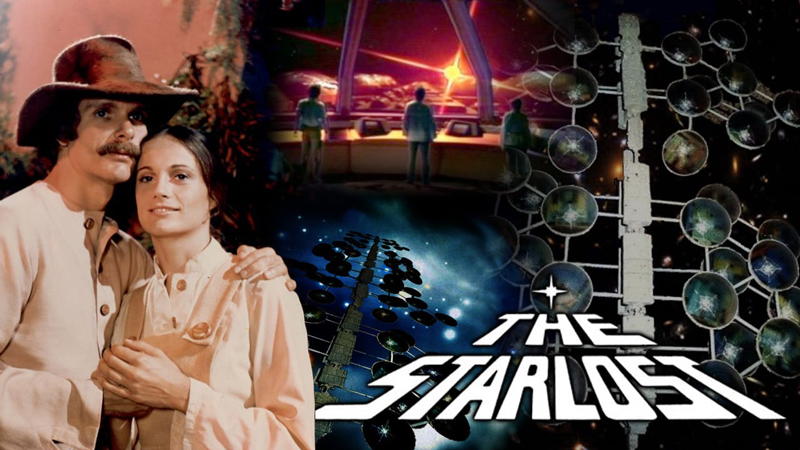 Love it or hate it The Starlost was a very unique TV series with the potential to be a science fiction classic. This ambitious Canadian ( yes, Canadian) produced science fiction series was broadcast in Canada in 1973 and 1974 on the CTV network and on 48 NBC stations in the United States. Created by legendary science fiction writer Harlan Ellison ( writer of Star Trek's acclaimed episode The City on the Edge of Forever)  The Starlost featured a talented cast of actors and guest stars. Readers unfamiliar with Starlost may refer to this link:   https://en.wikipedia.org/wiki/The_Starlost 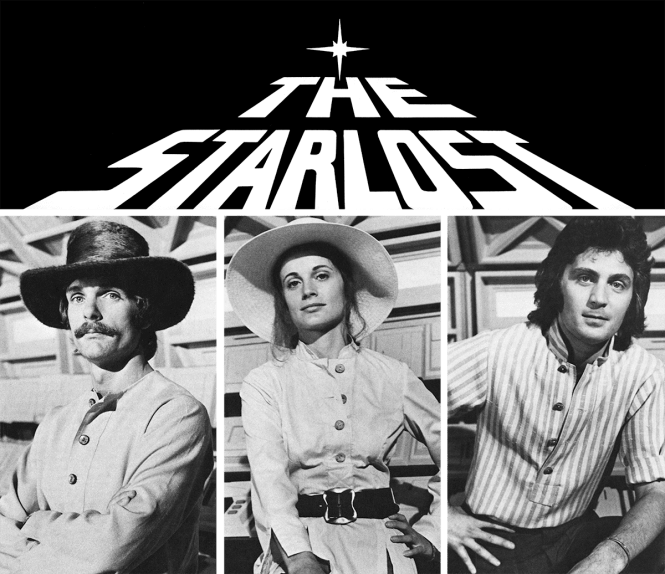 Though its production values fell short, the concept behind The Starlost represented serious science fiction at its best, and there were some very thought provoking, educational and entertaining stories among its 16 episodes. The show went on the air on September 22nd 1973, 14 months after the last Apollo mission took astronauts to the moon. In 1973 The Endangered Species Act was signed into law in the United States as well as the International Agreement on the Conservation of Polar Bears. Climate change  global warming and fake news were not yet buzz words. But clearly, a growing number of people felt the future of our planet was in peril and perhaps in the not so distant future it might be necessary to find another home in the stars. In its technically flawed way, the Starlost bravely attempted to show us what that scenario might  look like.

I recently had the pleasure of speaking with Gay Rowan, The Starlost's only female star who played the character Rachel in all 16 episodes. Gay resides in San Diego California.

Bruce:How did you come to get your role on The Starlost?

Gay:I was recommended and then had to audition by preparing 3 different scenes. They provided an actor for me to rehearse with. (Can’t remember his name at the moment.)

Bruce:Were you a science fiction fan before working on The Starlost?

Gay:Not really. But I did become a fan as I was working on the show.

Bruce:Your character Rachel has to adapt very quickly from living in a traditional rural society to the reality of being on a massive space ship with many cultures and diverse problems. When portraying that aspect of your character what thoughts and motivations helped you with the role?

Gay:To be perfectly honest with you, I was always agitating to do more, say more, be more dominant in the show but got accused of being “one of those woman libbers”! But I did grow up in the country myself so I had a sense of what it was like to grow up like that. I approached everything with a sense of wonder and adventure.

Bruce:The Star Lost featured some very interesting guest stars.  Can you please share any special memories you have about working with them such as John Calicos and Walter Koenig?

Gay: Sterling Hayden was our first guest star and he was an amazing raconteur. He had lots of stories to tell and I loved hearing them all. He told me when I came to Paris to look him up which I did. He lived on a barge on the River Seine. However, he wasn’t there. So sad! John Calicos was very professional and actually quite shy. But he was fun to work with. John Calicos was one of Canada’s foremost Shakespearean actors and he took his scenes very seriously! Great fun to work with him. It was a lot of fun because every episode we had a guest star….

Bruce: The Starlost was  produced in 1973 which is almost 50 years ago. Looking at the environmental peril our planet is in now and the technological advances being made do you think that in the future an Arc like ship might be a solution to enable our species to survive? How would people be selected to go on the ship?

Gay: I think it would make a lot of sense – I loved that concept that, each pod represented a different culture. We could have done a better job I think of representing different cultures on the show. Selecting who got to go – well that would be a very loaded concept! Who would get to choose? And for what traits? Too heavy for me to decide!

Bruce: Please share any  favorite moments you had while making the show.

Gay: I loved working with Keir and Robin. They were like big brothers to me. Very protective. The 3 of us had so much fun and laughed ourselves silly. We worked many nights into the early morning hours and would get really slap happy! Keir’s favorite saying was “A thousand Javex bottles do not a set make!” Alluding of course to our sets. One of the crew guys wrote on the back of my director’s chair “Hello my name is Rachel, what’s yours?” because I seemed to say that in every episode. I can’t help feeling had the show been done today, Rachel would have had a lot more to say and do!

Bruce: Thanks very much for taking the time for this interview!

(Bruce Callow is a Canadian teacher and co-author of the book To the Stars: Costa Rica in NASA) 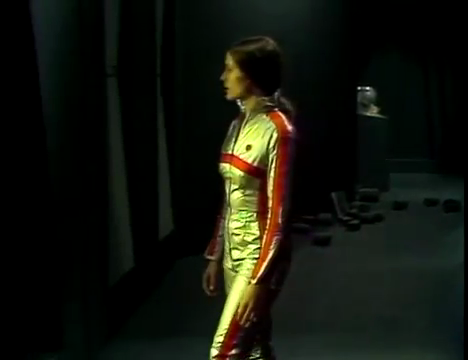 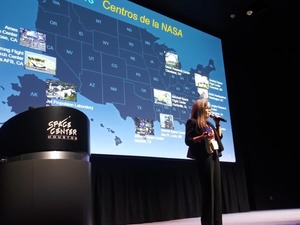